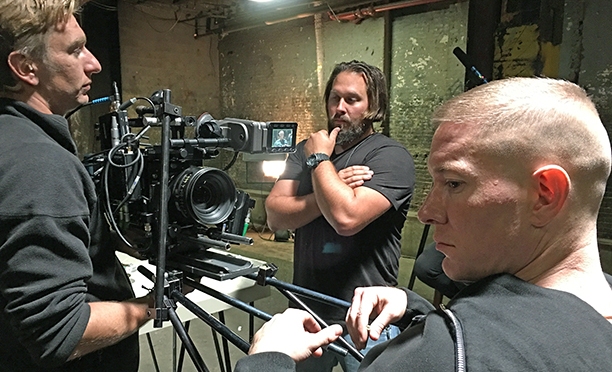 If you don’t know by now, Lela Loren plays Angela Valdes, Ghost’s mistress on the oh so hot Starz drama, Power, now in it’s third season. In a nutshell, Ghost (Omari Hardwick) is a complicated, three-headed monster of a character. So naturally, everyone from castmates to crew have to be just as complicated to keep up with his crazy. In season 3 episode 2 (“It’s Never Over”) Joseph Sikora shows just how true that is. Sikora, who does an amazing job playing Ghost’s bromance partner Tommy, goes on a little coke induced rampage. In a blog post for EW.com, Loren gives up the goods on how that 1 minute and 5 seconds scene was expertly captured by the cameras in only 9 hours. Yes, 9 hours!

Check out Loren’s post to find out what Joe really snorted and how he was able to take the audience with him on his crazy trip.  Power fans will be happy to know that Loren does a weekly blog for each episode over at EW.com. If you have yet to see Power or you missed this episode which aired on July 24, 2016, catch up on the Starz app with a free trial.

Are you a Power fan? What are your thought about the show!